Last year I ended on a very British note with a recipe for mince pies. I’m going to start this one in New York with shocking revelations. Lovers be warned.
I recently read an article by Ray Setterfield, a feature writer in the UK. You know how we Brits are sticklers for the law.
I love the city that never sleeps and have been lucky enough to visit New York twice so far in my life. I adored Times Square with its apparent no holes barred attitude to street entertainment. We were enticed by cowgirls wearing virtually nothing but…paint, and cowboys with carefully positioned guitars. Of course, our eyes were held by bright lights, impressive NYPD cars and the man in uniform with a gun standing next to one. We were even approached by my all time Super Hero Spider-Man. Unfortunately we weren’t in any danger and I didn’t need saving. 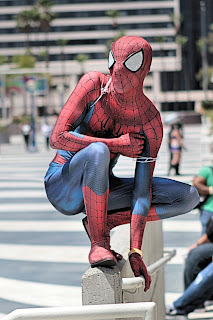 But we were breaking the law.

In January 1902 flirting in public was outlawed. As my partner and I gazed around at all the sites in this wonderful city, we were constantly giving each knowing, even flirtatious, looks as we were getting caught up in the excitement and hoping to have some of our own.
To make the situation graver, I happened to be married at the time. To someone I hadn’t seen for many years. I was in New York with the love of my life, just waiting for a divorce to come through—we’re married now, by the way. It seems adultery was outlawed in 1907. I could have been thrown into jail for upto 90 days! 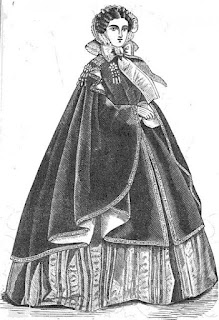 I was so glad I’d been wearing my old cloak at the time as I went on to read about another law still in place in New York—it’s illegal for a woman to be on the street wearing “body-hugging clothing”.
Perhaps that’s why those girls wear paint, and there’s always a policeman hanging around, ready to pounce on the guilty!
One of the many good things about being an author is the freedom to have your characters break laws and get away with it, or not, as the story dictates. For my research into crime, I have used reports by The Serious Organised Crime Agency, a friend who was a policewoman, and a lawyer I used to work with, among other sources.


Now it looks as though I need to read up on local laws next time we visit a major city, just in case. It would seem we might not all be as innocent as we think.
Posted by Unknown at 7:47:00 AM

I didn't know those arcane laws were still on the books in NY. But if you were arrested for publicly flirting, you'd have a lot of material for your stories.

What a great story! Who would have thought?

Thanks guys - I know, just another example of truth stranger than fiction. I had a lot of fun writing this one
x

I didn't know those arcane laws were still on the books in NY. But if you were arrested for publicly flirting, you'd have a lot of material for your stories.

What a great story! Who would have thought?

Thanks guys - I know, just another example of truth stranger than fiction. I had a lot of fun writing this one
x