How to Not Write Novel #2

Novel Spaces is in its 10th year! Over the coming months we'll be featuring some of the most popular posts from our archives. This one was first published September 7, 2014. 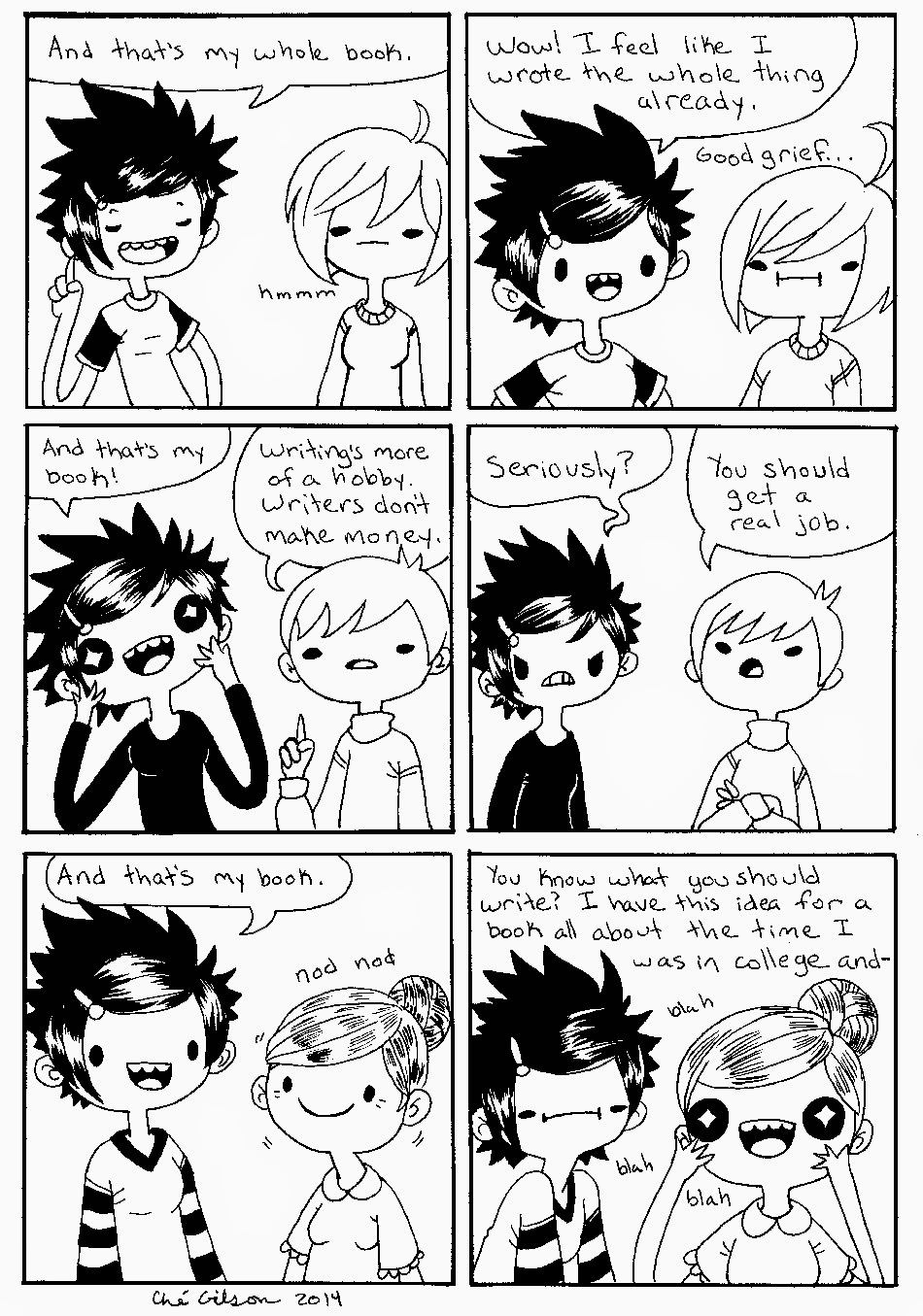 Let's look at a few of them:

1- I don't know if you know these people (I sure do), they are the people who endlessly tell you about their book but never actually write it. Let's face it, it's a lot funner, and easier, to just talk about writing a book. Actually writing it is work. Hard work. Or maybe it's just that the book has been talked to death. Talk about something long enough and it feels like it's already written. Or maybe another, newer idea supplants it before anything on the other book can even get put on paper.

2- People love nothing more than a parade they can rain on. And you being happy and excited about the book you're working on is BEGGING for a reality check. Don't let them rain you out! When people ask what (if anything) you are writing just say stuff.

3- People love to tell you all about what you SHOULD be writing, and it generally  involves them and their ideas, which they've never done anything with. People also want to contribute, for I don't know what reason but this one irks me likes no one's business. Often because other people's ideas are so far OFF from what my vision is that I get really annoyed with them for daring to foist their ideas off on my work.

These are only three reasons! The responses to "I'm writing a novel." vary from actively hurtful, to poor advice, to plain discouraging. It's best to keep your work and your ideas close to the vest until you have a  finished product, or a sturdy support system.

So what are some of the choice responses you've gotten?

How to Not Write Novel #2