Craft, Principles, and other Lessons of the Trade 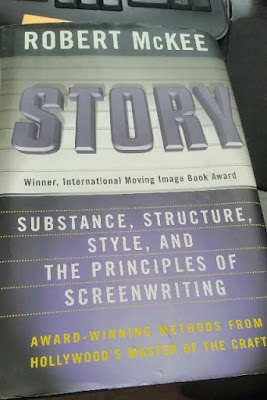 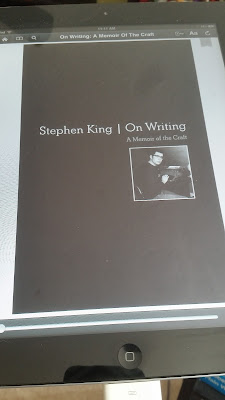 Over the past couple of decades, I've learned a lot about writing. Some I learned from attending classes, some from other authors, from editorial letters by talented publishers, some from trial and error through writing my own stories, some from reading other author’s works, and a whole lot from reading non-fiction books about writing. Two of my favorite books are On Writing by Stephen King, and Story by Robert McKee, which has been beaten up and scribbled on with love. I love the fact that Robert McKee says story itself is about principles, not rules, and that craft is an art.

As I write, many principles come to mind as far a dos and don'ts. The biggest ones for me are:

Try not to begin the first sentence of a chapter by describing the weather right off the bat.

Don't repeat a word in the same sentence or paragraph. (She fled the scene and fled to Mexico)

Allow your characters to surprise even you.

Keep the drama going in every chapter but move it along.

Practice the simple use of he said, she said.

Don’t use passive voice. (an editor taught me this years ago)

Delete words like just, really, quite, perhaps, that, so, well, unless totally necessary. Use your words as if each costs money. Make them purposeful.

Narration brings the story from A, to B, and eventually to Z, but don’t tell.

Description creates a sensory for the reader. It begins in the writer's imagination, but should finish in the reader's.

Don't slow the pace with too many descriptions. (a big lesson for me)

Dialogue brings characters to life through their speech.

Try not to tell the same information twice, even if a character is telling it to two different people. Change it, make it brief the second time. It is a waste of the reader's time. They already know it.

Show as opposed to tell. (BIG)

Research, but put it as far in the background as you can.

Let the characters do things their way. Be true to them, not you.

Listen to your characters as they try to talk to you while you're showering or trying to fall asleep. Take note.

If the chapter is in one character's POV (point of view), and the other person is on the phone, we cannot hear what the person they're talking to is saying.

The first sentence and the last sentence of each chapter should be fire, just a beat above all that's in-between.

What does the protagonist want? What is his/her conscious desire? What stands in the way?

What is the inciting incident?

Get to the back-story ASAP.

Find an Ideal Reader to test read, and ask what bored them.

What is the crisis within the climax?

Curse if your character is one to curse.

The prefix for phone numbers should be 555.

Use clichés if your character would say those words. They will be familiar, relatable words to the reader, and the reader will not think you're lazy, or that you stole them. Try not to use them in narrative.

An adverb here or there never hurt anyone.

Read the first draft aloud. Revise. Print it out, pencil in hand, revise, and read it aloud again. Two drafts and a polished third draft.

I do fudge on some of these a bit, but not a lot. Like sometimes, I believe it is okay to briefly describe the weather at the beginning of a chapter, for purposes of setting. Still, I honor the principles, and more than anything, I respect them. They were hard learned lessons by those writers who created masterpieces before us. Yet along the way, we learn what works best for our design. We as writers are word architects, building our character’s story from the ground up, utilizing all of the tools necessary to transcribe what we see and hear. Stay true to those characters!

The craft lessons are indeed voices that we listen to as we write. They are voices that remind us what to do and not do, what to try and not try, what to delete or keep, like a wise and trusted friend.

Robert McKee said, “Talent without craft is like fuel without an engine.” We must study up, read up, write up, and write on!

Writers, are there any specific craft principles that ring consistently as you write? Please share.
Posted by Marissa Monteilh at 12:00:00 AM

This is a great blog! I couldn't eat my food because I was so engrossed in this post!!

(Originally I wrote a long response, but realized in time that it was my next column. Have copied and pasted it to Word so I can beat it into shape.)

Great advice that I try to keep in mind, Marissa. Never heard the one about the phone code, though... :)

Craft, Principles, and other Lessons of the Trade

This is a great blog! I couldn't eat my food because I was so engrossed in this post!!

(Originally I wrote a long response, but realized in time that it was my next column. Have copied and pasted it to Word so I can beat it into shape.)

Great advice that I try to keep in mind, Marissa. Never heard the one about the phone code, though... :)