Novel Spaces is in its 10th year! Over the coming months we'll be featuring some of the most popular posts from our archives. This one was first published November 28, 2011. 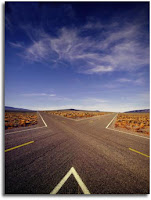 Three children had fallen into the crater of a volcano and I had no way to help them get out.

To make matters worse, they were my children, or they had been for the last few weeks and four chapters of my WIP, the fourth book in the Caribbean Adventure Series.

I was as stuck as they were, unable to move the adventure forward. I was suffering from the much discussed writer's block. Finally, after staring at the page for many more days, (dare I say weeks?) than I care to mention, I remembered a bit of advice about overcoming a block. That writer suggested that one solution to writer's block was to rewrite the scene, come at it from a different angle.

So, I, very reluctantly, took the kids back the way they came out of the volcano and took a second shot. It worked. This time they found a solution to that issue and moved forward to the next.

What techniques do you use to kick start your writing if it stalls?

A Call to Action- Literally

Novel Spaces is in its 10th year! Over the coming months we'll be featuring some of the most popular posts from our archives. This one was first published July 22, 2016.

This week a trifecta of events led me to an unwelcome realization. Ordinarily self-knowledge is a good thing, but not so much in this case.

First, I made an appointment for a physical. You know what that means- I’m going to have to step on the scales. A grim prospect, at best.

Second, the coup attempt in Turkey following closely on the heels of the horrific attack in Nice, France, mesmerized the world, including me.

And third, my Fitbit has been remarkably silent over the past seven days. No buzzing to let me know I’ve hit 10,000 steps, no notification on my phone to congratulate me for achieving some kind of milestone. 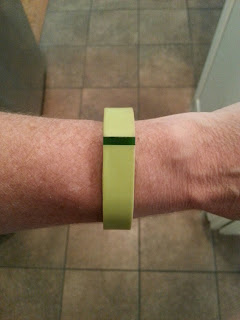 There, I said it.

I am a writer, so much (read: all) of my time is spent at my desk or at a table in the kitchen or at the library, tapping away on the keys of a computer. I don’t get nearly as much exercise as I should.

I need to get moving, and not just because it’s good for my physical health (I’m sure you’ve heard the oft-repeated phrase “sitting is the new smoking”). It’s also essential for my mental health. I need to exercise more often in order to get my mind out of my work-in-progress, out of all the bad news permeating the airwaves, and out of the endless lists of marketing assignments I’ve given myself.

I know it works (it’s not as if I never move). I always feel refreshed and ready to get back to work after I walk my dog or go for a bike ride. I just need to do it more often. I need to make exercise a conscious part of my daily routine, and lately my physical movement has been sadly lacking. 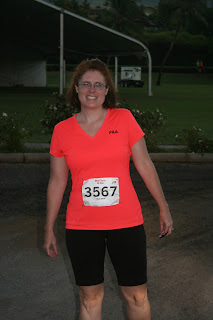 So I have an idea. I was brainstorming topics for this post, my first for Novel Spaces, and I hit on something I think might work. I know I’m not alone- there are lots of people, and many writers included, who don’t get enough exercise.

My idea is to start a Facebook group where we share our exercise goals and encourage and inspire each other to get moving by posting what we do for exercise and how long we spend doing it. I’m in a closed Facebook group called “What’s for Dinner?” in which members post photos of the meals they cook each night at dinnertime. It’s a fun group and I would love to participate in an exercise group that operates the same way. Anything you do in motion counts as exercise- weeding the garden, walking the dog, biking, swimming, playing with your kids. Anything.

I’ll even start by telling you my first goal: I want to have more energy and more focus when I write and when I’m marketing. I believe physical exercise is going to help me achieve that.

You’ve heard of writers who sprint? That’s when writers get together in person or virtually or on the phone or in any other way and write together for a specified period of time. In terms of actual sprinting, I only run if I’m being chased (please note, the photo above was taken two years ago). But if anyone is interested in setting up a time to exercise together virtually, I’m up for that, too.

Of course, exercise is more fun when there are built-in rewards, so I want us to share our rewards with each other, too. You want to reward yourself every time you exercise? Cool. Want to reward yourself once a week? Great. After every five workouts? That’s fine, too. The rewards are up to each member and can be anything- dark chocolate is my personal favorite.

If you’re interested in joining the group, mention it in the comments below. I’ll create the group (I’m thinking of calling it “The Write Way to Exercise”) and add you to the list of members.

So what do you say? Are you in?

Novel Spaces is in its 10th year! Over the coming months we'll be featuring some of the most popular posts from our archives. This one was first published February 7, 2012.

There comes a time when you have to look reality in the eye and accept that you're just too old for some things. You're no longer a spring chicken. You don't have the resilience and stamina you once had. You're a writer of 'a certain age' - whether 30, 50 or 70 - and you have to focus on efficiency, on putting your valuable energy where it counts. You're too old...

...to take crap lying down. Writers have been groomed to be submissive and accepting, to grovel before all-powerful publishers, editors and literary agents. You're too old for that, and now you don't have to any more.

...to listen to the people who say you can't start a company at your age, take up spear-fishing, go back to school, or write and publish a book or ten. Don't allow pessimists, naysayers and scaredy-cats to keep you from realizing your potential.

...to keep on trying to save people who don't want to be saved.

...to be in love with people who don't value, respect and love you back.

...to keep abusing your body by feeding it garbage and starving it of exercise.

...to hoard your treasures. Wear the pretty outfit; break out the special lingerie; use your good stuff.

...to keep blaming your parents for your failings in life.

...to allow people to stomp on your spirit. Excuse yourself from that conversation.

...to take life for granted. Count your blessings every day, be happy you woke up, and make good use of your time.

Take a long, hard look in the mirror with all the lights on and tell me: aren't you too old for all of the above? I've discovered that attaining 'a certain age' can sometimes be the most liberating experience of all.

What I Learned From Bad Writers

Novel Spaces is in its 10th year! Over the coming months we'll be featuring some of the most popular posts from our archives. This one was first published December 27, 2010. Enjoy!

Even as a kid I loved telling stories, but I first thought about becoming a writer in my late teens and of telling stories on paper for others to read.

Two things persuaded me to try my hand at the author thing. First, I wanted to enthrall others the way I’d been enthralled by L’Amour, Bradbury, Burroughs, Howard, MacDonald, and many others. Second, I figured I could do better, or at least put more effort into it, than some of the other writers I was reading. I won’t mention names, but I was finding books that just didn’t move me. The prose was leaden, the pace stagnant, the characters as stiff as new jeans.

Sometimes the poor writers just didn’t know how to tell good stories. But more often it seemed these authors were writing too fast and not giving the care to their work that being a craftsman required. To me, this became, and remains, the definition of a hack. Turns out, however, that I learned quite a bit from the hacks, mostly, I hope, about the things a writer should not do.

I learned that well-written prose strikes the ear like music, not like the sound of a bell without a clapper. I learned that description is boring unless it fires the imagination or sets a mood. I learned that good characters can’t become chess pieces to be shoved around, that they have to have integrity of action and consistency in their behavior over time. I learned that fiction should give the illusion of reality even when it can’t illustrate reality absolutely, as when dialogue sounds as if real people are talking rather than serving mechanically to advance the plot.

One important thing I learned from bad writing is that there is no suspense for readers when things come too easily for the characters. I read a book where the villain gathered a huge army and cornered the last heroes. The villain had a great bomb but the hero defused it, and the enemy army just suddenly ran away. I might once have thrown that book across the room, but this time I kept reading, wondering what other gems of “thou-shalt-not-do” wisdom might be found between the lines of a weak tale.

Of course, the most important thing I’ve learned from poor writing is that good writing takes concentration and effort, and there is no substitute for either. It’s easy to tell a bad story. The good ones take time.

A Call to Action- Literally

What I Learned From Bad Writers