As a devotee of Nancy Drew, I wrote mysteries in grade school. In high school I poured my considerable adolescent angst into bad poetry. After that, the only writing I did for many years was journaling. During the last year I lived in Los Angeles, three of my co-workers took creative writing and screenwriting courses at UCLA Extension. I read their work and was impressed by their talent. I also thought “I could do this.” I was a member of a mystery book group (it was the model for the Murder on Tour group in Murder at the Book Group) and felt confident that I could turn out a mystery. When I moved to Virginia in 1996 the first thing I did was to register for a writing course at the University of Virginia. Two women, Margaret and Tristan, taught the course and were extremely encouraging and supportive of their students.

Despite the title of this post, “My First Writing Effort,” I don’t have my first writing efforts, the ones inspired by Nancy Drew in grade school. They seem to have vanished—probably a good thing. But in that class at UVA I started the story that would evolve countless times until its birth as Murder at the Book Group, my debut.

I called it Death Comes Knocking and intended for it to be a prologue. On October 14, 1996 I submitted a shorter version and got a lot of helpful feedback from the teachers. I added to it and came up with the following a week later (I haven’t changed a word. Honest!):

Deanna unlocked the door of the motel room, flipping the light switch as she entered. She threw her purse down on the chair, sat on the edge of the lumpy bed, stood up, started pacing. Waiting. Clearly agitated. She no longer noticed the holes in the carpet, the cigarette burns on the formica nightstands as well as on the foam-filled vinyl chair cushions, or the steady drip of the shower.

She had been meeting her lover in the sleazy rooms of Marty’s Hideaway many times over the past year, but this time was different. This time they would talk about the future of their relationship, if indeed there was one.

The last time they met, Deanna had hit him with the news that she was pregnant. He didn’t have much to say, in fact he had lapsed into silence for an hour, a silence she wasn’t able to break. Then he said he needed time to think, that he would call her. He was distant.

He didn’t call for several days. Deanna was sure he was going to bolt, that this was the end for them. After a period of fretting, obsessing, and barely functioning, she started to accept his desertion. But then he did call, said he wanted to see her, he’d done a lot of reflecting, “agonizing” was how he put it, about their situation. He had seemed rather excited on the phone, not like his usual subdued self. They arranged a time to meet at “their” place.

So here she was, at Marty’s Hideaway, waiting for him, for his decision. She vaguely resented that he controlled the relationship, but didn’t feel up to addressing that issue now. She knew she couldn’t express her needs, like marriage, family, living happily ever after, etc. she paced some more, drank water from a plastic cup, felt almost desperate enough to peruse the inevitable Gideon bible, a blasphemous joke in this place where the clientele paid by the hour.

She jumped when she heard the knock. As she ran to open the door, she put on a big smile, and tried to pretend that she wasn’t nervous. She was greeted by an enormous bouquet of red roses, so enormous that it totally obscured the face of its presenter. What a nice surprise!—he wasn’t given to relationship niceties like flowers, and this arrangement must have cost him a fortune. So maybe he had decided to take the plunge, and make a commitment to her after all—maybe things were looking up.

Then the bouquet fell to the floor, the beautiful floral arrangement strewn over the ugly, threadbare carpet. Deanna bent down to pick them up, but stopped, startled, uncomprehending at what she saw before her. And she would never be able to reveal what she did see in that moment just before her world went black.

I wish I still had the critique comments from the teachers and the students. It’s not great writing but I don’t think it’s horrible, especially for my first effort. And that’s coming from someone who’s highly self-critical. What do you think? It won’t bother me if you think it’s unpublishable—I’ve typed too many words since this first effort. But I’m toying with the idea of doing something with it, perhaps a short story.

The important lesson for me and one I can pass on to other aspiring writers: look at the first paragraph of this post where I told myself “I could do this.” Well, I am doing this.

This is my last post on Novelspaces for a while, as we’re taking a hiatus for a year. But we’ll periodically select the best posts from the past nine years.

Maggie King is the author of the Hazel Rose Book Group mysteries, including Murder at the Book Group and Murder at the Moonshine Inn. She has contributed stories to the Virginia is for Mysteries anthologies and to the 50 Shades of Cabernet anthology.
Maggie is a member of Sisters in Crime, James River Writers, and the American Association of University Women. She has worked as a software developer, retail sales manager, and customer service supervisor. Maggie graduated from Elizabeth Seton College and earned a B.S. degree in Business Administration from Rochester Institute of Technology. She has called New Jersey, Massachusetts, and California home. These days she lives in Richmond, Virginia with her husband, Glen, and cats, Morris and Olive. She enjoys reading, walking, movies, traveling, theatre, and museums.
Website: http://www.maggieking.com
Facebook: https://www.facebook.com/MaggieKingAuthor
Twitter: https://twitter.com/MaggieKingAuthr
Instagram: authormaggieking
Amazon author page: http://amzn.to/2Bj4uIL 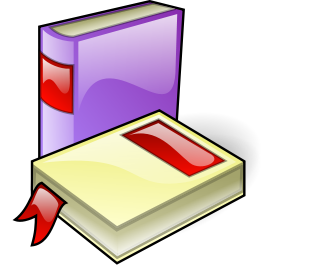 Is writing that second book like the song says? “Lovelier the second time around. Just as wonderful with both feet on the ground.”

My answer is no, nope, nada. None of the above.

With the first book, I felt like Mad Max in Beyond Thunderdome, not knowing what obstacles I’d face until they were there, me fighting to mow them down and keep moving with one major goal, publication. I’d been so forewarned about rejections and criticisms that no matter how many hundreds of them I received, they only fueled me to keep churning toward my most important goal.

I’m no longer scything through underbrush seeking to become a published novelist. I’m already there with a publisher by my side. Yet, this second-time-around experience is more intimidating because others are counting on me to produce a book that is at least as good as my first and hopefully better. This scares me. Almost everyone I talk to about writing and books, asks me the same question: “When is your second book coming out?”

Time flies by and still no number two. This time I recognize when my writing is bad and this time it’s downright mortifying because I should be better just like everyone else seems to assume, presume, or expect. The second-time-around pressure is tremendous in a different way because there is something very tragic-sounding in the words, a one-book author. 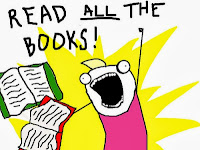 I celebrated the first, but I will celebrate big-time when I have number two .